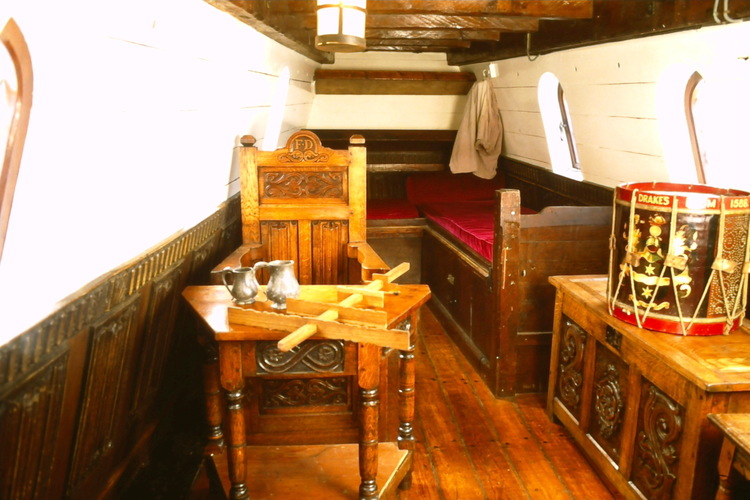 This is the Captain’s Cabin. The Captain’s Cabin was the only private quarters on the ship, used exclusively by Captain Francis Drake and his close relatives. The cabin contained a bed for the Captain to sleep and rest upon, and likely a desk and chair where Drake could read books, study maps and chart courses.

Drake  was known to be an excellent navigator. In moments of calm, Drake and his cousin would retreat to this cabin to paint the animals and plants they had spotted during the voyage, including seals, trees and birds. Sadly, none of those painting survive.

If you look above the Captain’s Cabin you will see the poop deck - not to be confused with the sailor’s latrine! Poop, in this case, is from the Latin ‘puppis’ , referring to the rear or stern. The poop deck was often used as a fighting platform - notice the swivel guns - these are anti-personnel weapons which were used to fire a spray of shot at anyone who might try to board the Golden Hinde.

Prev Next
The Golden Hinde
HOME