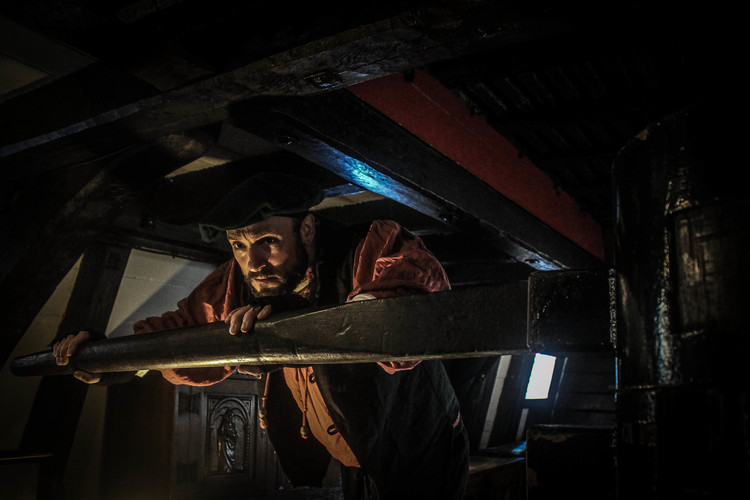 This area is known as the ships Armoury. It would have been filled with all manner of 16th century weaponry. Arqebuses, pistols, bows and arrows and you may have noticed the  various polearms we have on display. Their long length allowed them to be used for both boarding and anti-boarding when doing battle with another vessel.

In the center of the Armoury you will see the ships capstan. Capstan poles are inserted horizontally which the crew would then push on allowing them to turn the capstan. In doing so a series of ropes and chains would begin to haul up the ships anchor. Anchors are incredibly heavy and in most cases it could take two hours just to raise a single anchor.

Prev Next
The Golden Hinde
HOME