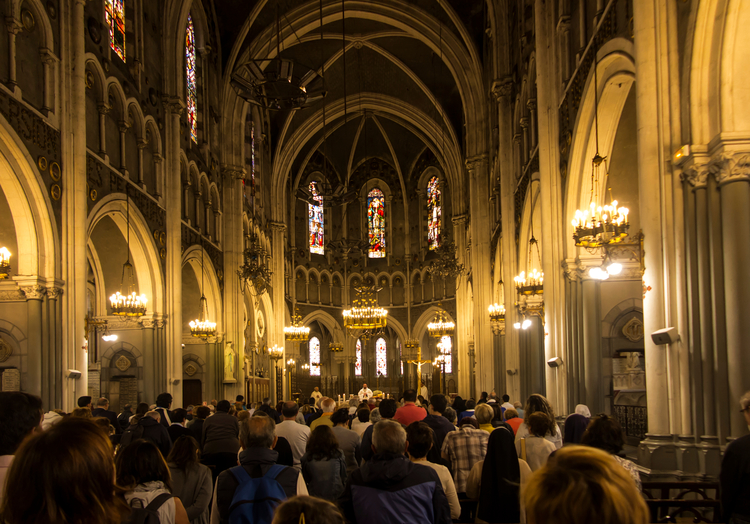 The Upper Basilica, also called The Basilica of the Immaculate Conception

No sooner had the original chapel been completed and consecrated, than the people of Lourdes realised that it was too small to accommodate the increasing number of pilgrims.   Therefore in the same year, 1866, construction work began on a new church - now called the Upper Basilica.  This new church was built on top of the Crypt, with the sanctuary  directly over the Grotto, and is able to hold 2,000 people.  It was opened for worship in 1871 and contains 21 altars, and eighteen stained glass windows,each representing one of the eighteen apparitions.

Above the entrance you will see. a mosaic of Pope Pius IX, who proclaimed the dogma of the Immaculate Conception. You will also see a plaque showing the statement of  Bishop Laurence who approved the apparitions.  It reads: ”We judge : that Mary Immaculate, the Mother of God, really did appear to Bernadette Soubirous, on eighteen occasions from the 11th of February 1858 at the Grotto of Massabielle, near the town of Lourdes ; that these apparitions bear the characteristics of truth; that the faithful can believe them as true. We humbly submit our judgement to the judgement of the Sovereign Pontiff, who is responsible for governing the Universal Church”.