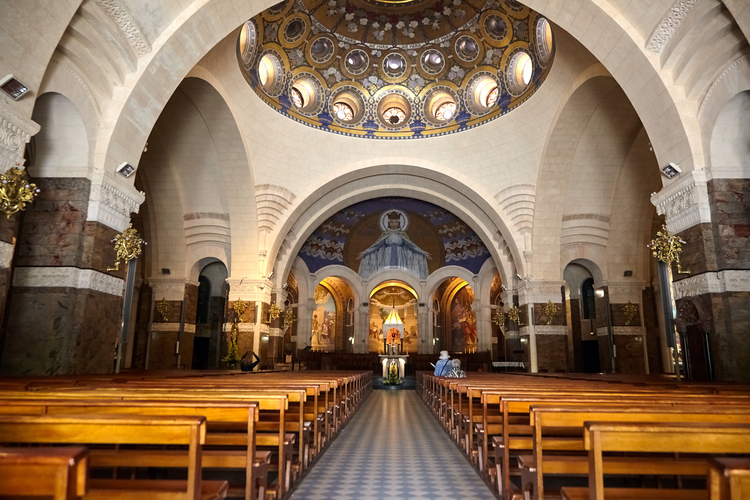 The Rosary Basilica dates from 1899. Entry to it is via a small door to the right of the main facade.  One of the first things to meet the eye is the mosaic of Our Lady above the sanctuary.  Our Lady is depicted as a young woman, much resembling the description of her given by Bernadette.  It is, in fact, said to be more faithful to that description than the statue that has been placed at the Grotto.

On either side of the Mosaic are - in French - the words, 'Through Mary to Jesus', which really sum up the whole theme of Lourdes.

The intricate details of the mosaics in the dome are almost invisible to the naked eye, and can only fully be seen in an enlarged photograph.    However, they form a representation of the Rosary.  Indeed, the entire Basilica is one great celebration of the Rosary.