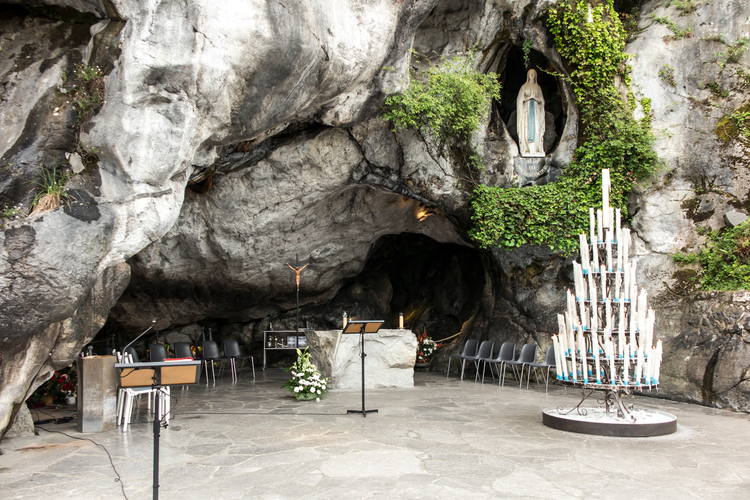 The number of onlookers was growing.  Again, the lady appeared, but gave no message.  Meanwhile a woman called Catherine Latapie, whose arm was paralysed after an accident, decided to bathe it in the waters of the spring. She found that afterwards she could move her arm.  After that, a local doctor, Pierre Dozous, began collecting information on healings at the spring.

[A more formal way of recording the miraculous cures at Lourdes began in 1883, with the establishment of the Lourdes Medical Bureau].

The lady appeared again and this time repeated her command that a chapel should be built. 'Go and tell the priests to build a chapel here and to come here in procession'. Bernadette went with her two aunts to see her parish priest, Father Peyramale, who asked her again what the lady's name was, and when Bernadette said she didn't know, forbade her to return  to the grotto.

Bernadette again asked the lady to say her name, but later said that the lady only smiled at her.

Earlier the lady had asked Bernadette to come here for fifteen days, and this was the fifteenth day.  Everyone thought that she would give her name this time. Once more Bernadette asked the lady her name, but she only smiled as before.  The onlookers were disappointed.

The days went by, but the lady did not appear.  They all agreed, however, that on the 25th of March , the feast of the Annunciation, she would come.