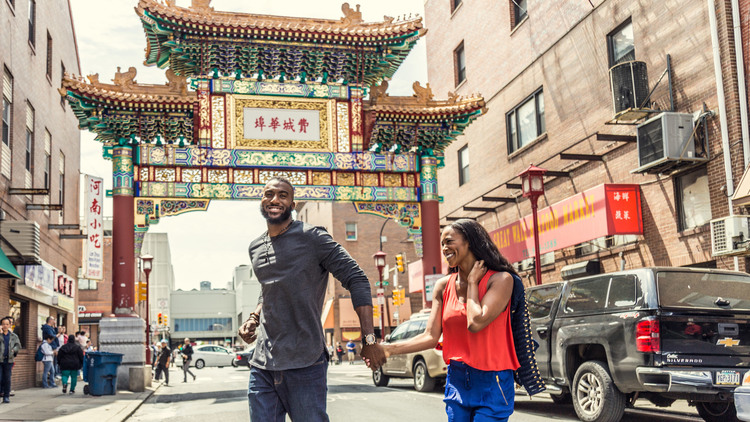 The Vine Street Expressway’s story was in many ways shared nationally – highways proposed through downtowns across the U.S., often sparking highway revolts that were sometimes successful.

Market East was a leading, and less common – if not unique – project to reconfigure downtown transit lines, create a new transit hub, and concentrate retail around it, mainly in the form of a downtown mall.

These three of these projects, together with the Convention Center built later, surrounded – and destroyed large portions of – Philadelphia’s Chinatown.  Central city Chinatowns’ destruction by urban renewal is a pattern/history shared by many cities in the U.S.

Yet Philadelphia's Chinatown has persisted. In fact, today, Chinatown is celebrated and promoted, as seen in this photo taken from the city's tourism promotion website.  Based on your observations and what you learn in this tour, what factors do you think could help explain the retention of Chinatown in the midst of so much destruction and renewal?