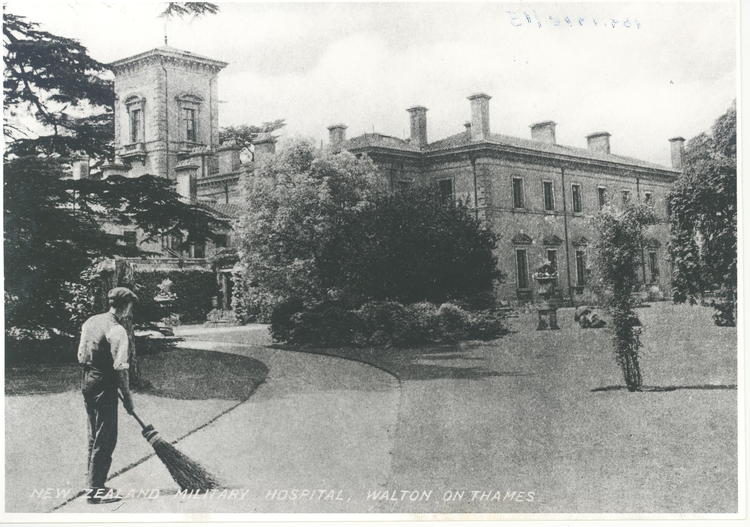 Next, our trail doubles back on itself to take us through the centre of Weybridge and  up Oatlands Drive, past the Oatlands Park Hotel. At the end of Oatlands Drive, you will find yourself in Walton-upon-Thames, with Walton Bridge over the River Thames to your left. At the junction as you exit Oatlands Drive, you will see an impressive stone entrance-way directly facing you on the pavement opposite. This was once the gateway to the grand estate of Mount Felix, a large house which served many purposes throughout its long history in Elmbridge before being demolished in 1966. This multifaceted story in turn had many hidden links to the British Empire.

In the first half of the 1700s, the Mount Felix estate came into being. It was first owned by an English politician named Samuel Dicker. Dicker had been appointed the Councillor of the British Colony of Jamaica in 1738. He held influence in the region partially due to the fact that he owned a large and profitable sugar plantation there, which was operated by a workforce of enslaved Africans.

After buying the land of the Mount Felix estate, Dicker was quick to establish the first Walton Bridge in 1750. This would provide him with an easy route into London where previously there had been none, as well as a steady income from toll collection. He used his own funds to pay for this structure, no doubt much of which was generated by his profitable plantation out in Jamaica.

More than 150 years after the death of Samuel Dicker in 1760, on the outbreak of the First World War, Mount Felix was linked to the British Empire in another way. A tablet which was formerly in view on the wall, to the left of the gate at the front entrance, said:

"This tablet is erected AD 1921 by the inhabitants of Walton Upon Thames, to commemorate their 27,000 fellow subjects from the dominion of New Zealand, who, wounded or disabled in the Great War 1914 - 1918, were cared for in the military hospitals at Mount Felix and Oatlands Park. Seventeen of these men lie buried in Walton Cemetery. Their bodies are buried in peace, but their name liveth for evermore."