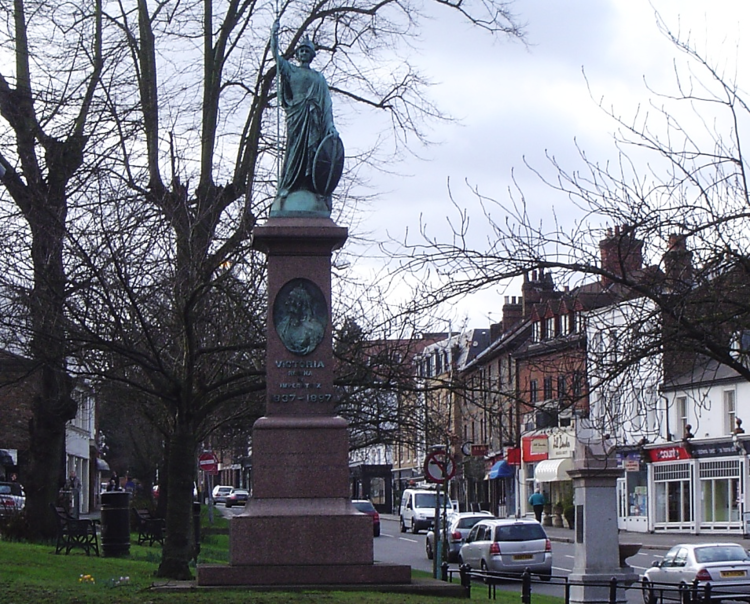 Our next stop sits opposite number 77 Esher High Street. As you walk up the High Street with your back to the Civic Centre, you will see a copper statue depicting Britannia to the left of the A307. The female figure carries a trident in her right hand, and stands on a red marble plinth. On the front of the plinth is an engraving of Queen Victoria with the words "Victoria Regina Et Imperatrix " inscribed below it. This literally translates as "Victoria Queen and Empress 1837 - 1897". The statue was erected to mark Queen Victoria's Diamond Jubilee, and the language used to describe the queen celebrates her imperial status and power over a vast British Empire. In 1858, Queen Victoria had established royal governance over India by forcing its people to submit to the British Raj, in turn giving her the title of Empress of India. The title is one which was often proudly displayed in commemorations of Victoria's reign such as this one, and is a stark reminder of Britain's imperial past.