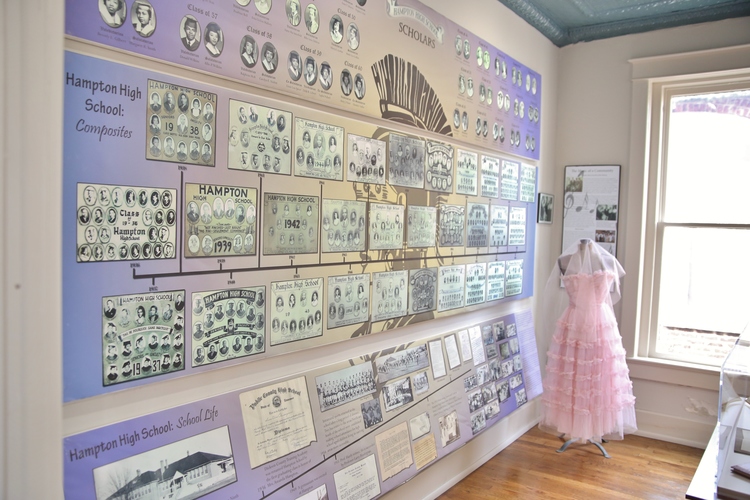 This room features Hampton High School memorabilia, the school’s blue and gold colors, and its Trojan mascot. Dickson County’s African American school was formerly named the Dickson Training School, and was built to replace Wyman Academy and Miller Academy after these schools became defunct. Hampton School, funded by the Julius Rosenwald Fund, served Dickson’s African American residents from 1922 to 1965. The school was named after its first principal, Amanda Hampton. Hampton began as an elementary school in 1922 and, in 1932, it expanded its curriculum to encompass the 9th to 12th grades. In 1936, Hampton graduated its first high school class. After Dickson County integrated its schools in 1965, Hampton High School closed. The elementary school stayed open until 1966.

Hampton School, known for its sports and music, also provided excellent academics which produced many successful leaders within the community and beyond. Today, the original Hampton elementary school building, gymnasium, and cafeteria house the Water Authority of Dickson County. Visitors can view the state historical marker located at the site.

This exhibit also features information about The Music of a Community which highlights such musical groups as “The Dynamic Dixie Travelers,” “Theo Edmondson and The Promise Land Singers,” “Union Choir,” and the “Gospel Hi-Tones.” These musicians influenced those within Dickson and across the country with their music and community service for others.