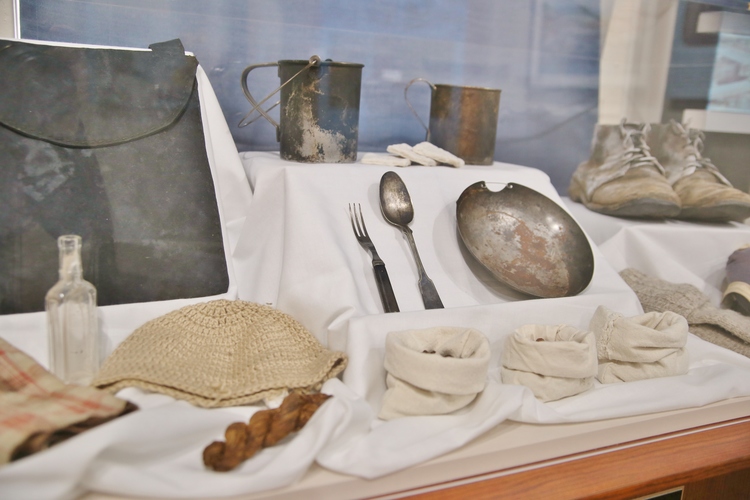 Although Dickson County experienced no large battles, there was constant guerrilla activity in the area. The Union Army occupied the county, with headquarters at Charlotte, where the Cumberland Presbyterian Church was used as a hospital. Both armies frequently used churches in this way because the church was usually the largest building in any community.

Don't miss the touch-screen in this room. Local people in costume tell the stories of Dickson Countians who had experienced the War. These vignettes are based on letters and interviews in The Dickson County Herald during the 1930s. Called "The Over-80 Club," the only criterion for inclusion was that the writer be more than 80 years old.