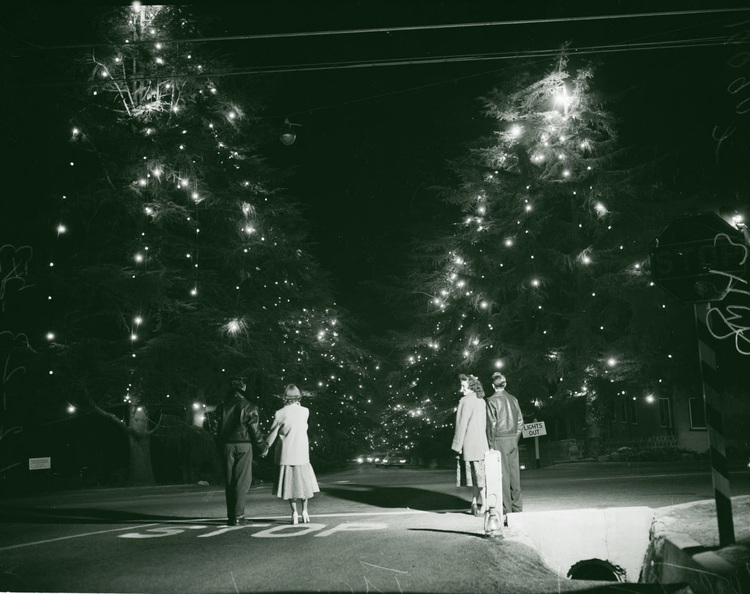 History of the Lane

In 1920 Altadena resident and Pasadena businessman Frederick C. Nash came up with an idea of lighting the trees for the holidays. He sought assistance from his organization The Pasadena Kiwanis Club and from the City of Pasadena to initially light a 1/4 mile section of the roadway. Over the next few years the lighting expanded until the entire row of trees, 150 in all, were lighted. The boulevard at that time was referred to as the Avenue of the Deodars. Though many pedestrians would walk along the lighted street, it was really a spectacle to behold from the seats of slowly passing automobiles.

In 1927 the newer Altadena Kiwanis Club began the custom of taking less fortunate children for rides along what they joyfully called Christmas Tree Street. It was estimated that annually more than 50,000 automobiles travel the avenue during the weeks of the lighting, and modern statistics show that number has not changed much.