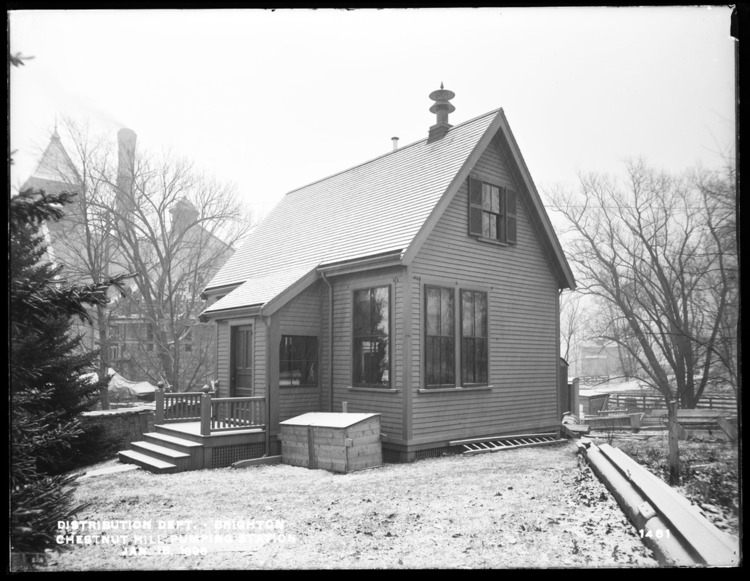 In 1889, the station’s first Superintendent Desmond Fitzgerald started the Chestnut Hill Biological Laboratory, a small wooden building that sat just next door to the pumping station. He appointed George Whipple, newly graduated from MIT, as its lead biologist. Whipple’s familiarity with tools like microscopes soon led him on a quest to identify hundreds of microscopic organisms living in water, both harmful and harmless, which he later published in a book entitled “The Microscopy of Drinking Water.” At this time, germ theory had just started to become more accepted in the Scientific Community. Tests were done on the various sources and reservoirs of water to ensure they were not infected with any known contagions, such as the bacteria that caused Cholera and Typhoid Fever. If a source was found to be contaminated, there were redundancies in the water system such that the infected water could be isolated, and a different supply substituted, ensuring that the water that reached the people was always as safe as possible.

In addition to testing various water sources, Whipple also began experimenting with filtration. Up until this time, very little “treatment” was done to the water to make it safer. Early systems may have had sand beds lining the aqueducts to filter out some small particles, but it was not until the early 20th century when the use of small amounts of chlorine started to be widely used to kill bacteria in the water that the water was “treated” in the modern sense of the water. Today, the MWRA uses a combination of chlorine, ozone gas, and UV light among other things to ensure that our drinking water is as safe as can be.

Thank you for visiting the museum! As a reminder, temporary exhibits and interactives are located upstairs in the Overlook Gallery and Restrooms are located downstairs in the basement. If you’ve enjoyed your visit today, please consider making a donation to support our educational programs and events. This concludes the audio tour.