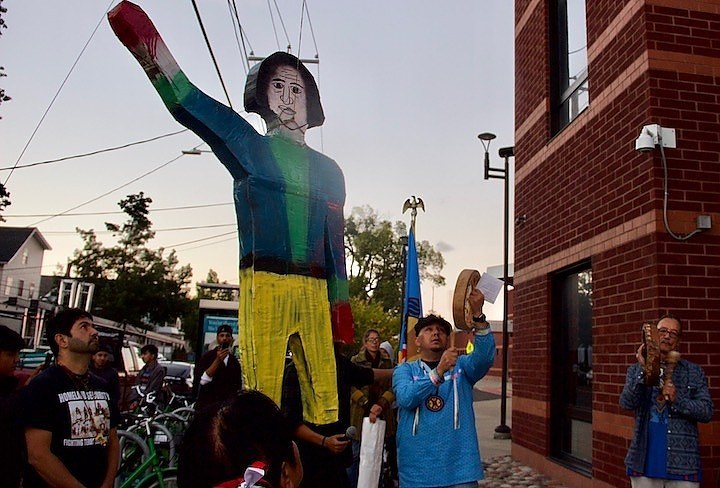 Just two weeks ago, while we recorded this tour, the statue of Columbus remained up in Wooster Square Park. Amidst, ongoing protests near and far, today on June 24, 2020, we watched the statue come down.


What's more, just a few days before the statue came down, New Haven's Board of Education finally voted to change the name of the elementary school in Fair Haven, as well as the name of the October holiday on the school district calendar. How should we honor the Indigenous peoples who were the first keepers of this land, so many of whom were killed and harmed by European colonizers? Who do you think the school should be named after?