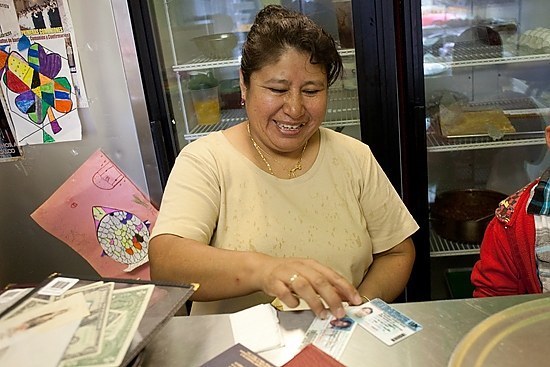 However, JUNTA for Progressive Action and the ULA appealed to the Board of Alders a new idea -- a card that would be useful to all residents, not only undocumented immigrants. The Elm City ID card allowed all New Haven residents, regardless of legal status, to take out library books, open a bank account, and served as a debit card to various grocery stores in town. On July 24, 2007, the city approved the program and issued the first of the identification cards. Hundreds of people lined up outside of City Hall in anticipation of receiving their resident card.

Less than two days after the introduction of the resident card, Immigration Control Enforcement (ICE) detained 34 immigrants, seemingly in retaliation for this new ID card. In response, community leaders raised funds for the detainees' bails, and ULA traveled across the Fair Haven community, telling card holders what to do if they came into contact with ICE. The group also organized a march with over 1,000 participants rising up for undocumented immigrants and their rights. This event included community members, union members, clergy and elected officials all over the state marching in solidarity for the detained immigrants. The Resident Card program was very successful; in the first five weeks, over 3,000 ID cards were issued.