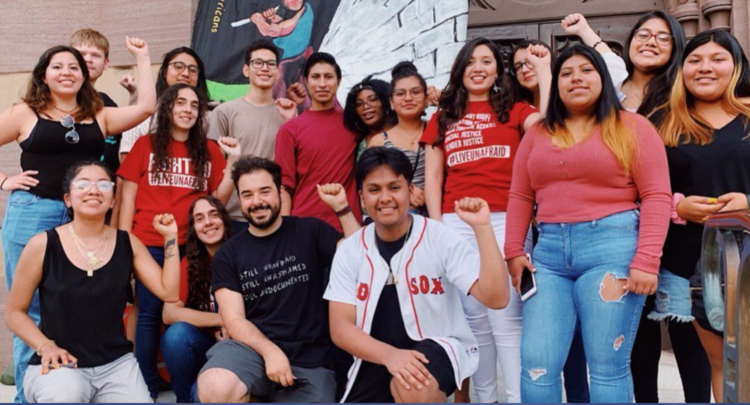 C4D Dream Summit on the Green

Standing on the Green, you are not just in a location that has seen history, but also you are standing on the spot that has birthed movements still alive and growing today. It was here on the New Haven Green where the “Dream Summit” was held in 2010, initiating the biggest immigrant youth movement in the state. The organization, Connecticut Students for a Dream (or C4D), was led by undocumented twins Carolina and Camila Bortoletto. They were inspired by the national movement to pass the DREAM Act that was sweeping the nation. This federal legislation would have have granted legal status to certain undocumented immigrants who were brought to the United States as children and went to school here. As C4D states, “Although the DREAM Act failed to pass the Senate by five votes, we continued to fight to better the lives of undocumented students in Connecticut.”

The Dream Summit held here on the New Haven Green brought together undocumented youth, trained them on how to organize for immigrant rights, and gave them opportunities to tell their stories, hoping that enough voices would be heard to start a lasting movement -- and it did! In 2011, CT Students for a Dream fought a great battle, making their voices heard at the Capitol, and they were victorious. As a result, the legislature passed a bill guaranteeing undocumented students in-state tuition rates. In 2018, C4D had another powerful victory, when the Connecticut General Assembly passed legislation equalizing access to institutional aid for undocumented immigrant students.

A movement that kicked-off right here on the New Haven Green, continues to fight for the rights of undocumented youth across the state.