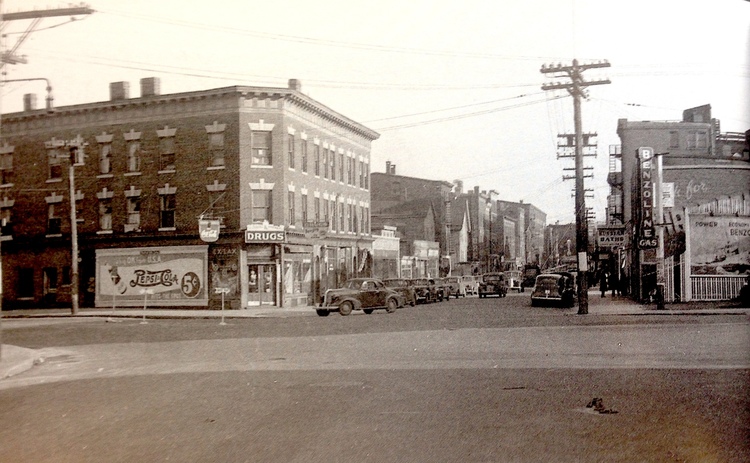 Driving through this neighborhood today in 2020 might be part of your daily routine: passing by Yale Medical Centers, Alexion Headquarters, the York Street parking garage, not to mention the Route 34 freeway cutting through what once used to be a thriving neighborhood. About 60 years ago, Oak Street was home to the most diverse neighborhood in New Haven, a bustling African-American, Puerto Rican, and immigrant community. It was one of the most densely populated and poorest communities in New Haven.

Between 1957 and 1960, New Haven experienced what was called “urban renewal,” a project that decimated so many poor neighborhoods across American cities. In New Haven, over 886 families were evicted and displaced from the Oak Street neighborhood, with little to no aid from city officials. Urban renewal claimed to give the area a facelift for those passing through, whether on their way home to their suburban properties or on business trips between New York City and Boston. New Haven’s mayor, Richard C. Lee, called Oak Street “a hard core of cancer which had to be removed.” Many did not agree.

Warren Kimbro, one of New Haven’s Black Panther Party members, lived in the Oak Street neighborhood. In a pamphlet published by the Black Panthers in 1970, they criticized Yale and New Haven officials for building the Route 34 Connector through the Oak Street neighborhood. They also outlined the ways in which Route 34 and other freeways being built in New Haven intentionally separated Black neighborhoods from Yale and from downtown. The pamphlet read: “The second project to complete the encirclement of Yale is the ring road. The projected inner loop road will effectively isolate Yale from Dixwell and the rapidly expanding Black population in the Dwight neighborhood across Howe Street.” The pamphlet added, sarcastically, “It will also save the Medical School from the Blacks and Puerto Ricans in the Hill.” When we look around our neighborhoods and wonder why they are the way they are, we must look to history.