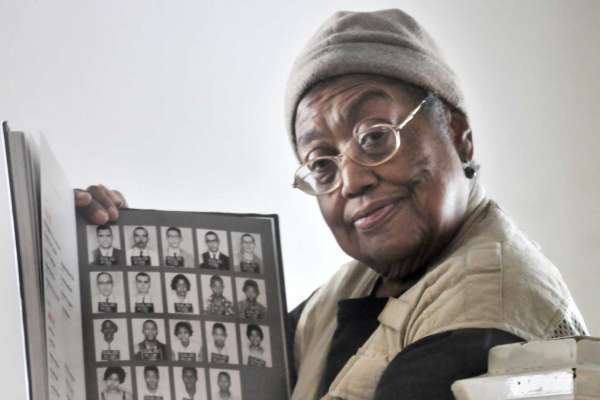 Here at 165 Columbus stood one of New Haven’s public high schools. Lee High School was built in 1964, but sadly was shut down in 1985 after Yale bought the building and turned it into a school for nursing. As we already know, Yale owns an immense amount of land around New Haven; as of 2020, the combined University and Hospital property value was over $4.7 billion. With every piece of land that Yale buys, they are exempt from paying property taxes to the city of New Haven. In fact, as of 2020 nearly 60% of New Haven’s properties were exempt from being taxed, in large part due to Yale. This leads our city to struggle, and because the primary ways schools are funded is through property taxes, it means our schools are severely underfunded.

One of Lee High School’s teachers, Lula Mae White, moved to New Haven from Alabama at a young age. She attended Hillhouse High School, graduating with the class of 1956. After graduating from college in Chicago, Lula Mae White participated in Freedom Rides, riding integrated buses through the South to protest segregated terminals and public transportation, for which she was arrested many times.

In 1968, Lula Mae White returned to New Haven and taught history at Lee High School for 28 years. Her on-going practice in “good trouble” included a week in jail during a teacher’s strike in 1975 and another arrest in 2002 during a sit-in at Yale in support of union workers. Lula Mae White was rewarded with the Thurgood Marshall Award for her dedication to activism and her community service. Lula Mae White died in New Haven on September 10, 2019.