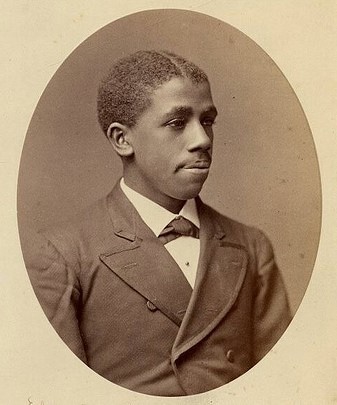 Edward Alexander Bouchet was born in 1852 in New Haven. After attending the Artisan Street Colored School (the first Black school in New Haven), in 1870, Bouchet attended Yale University and four years later, he became the first Black man to graduate from Yale University. But his education did not stop there. In 1874, Bouchet returned to Yale University and in 1876, he became the first Black person in the United States to earn a Ph.D. from an American university. He was also the sixth American of any race to earn a Ph.D. in physics. After living and working throughout the United States, struggling to find the faculty positions he deserved as such a prominent scholar, Bouchet moved back to New Haven, Connecticut where he died in his childhood home on Bradley Street at age 94.

Also buried at Evergreen, Augustus “Augusto” Rodriguez was born in San Juan, Puerto Rico in 1841. Moving to Connecticut in the 1850s, he was one of the first people from New Haven to voluntarily enlist in the Civil War. He was assigned to the 2nd Connecticut Regiment on April 22nd, 1861. Augustus fought for the North, fighting against slavery for the entirety of the war. After the war, in March 1865, Augustus returned to New Haven and spent the rest of his days as a firefighter. He was buried at Evergreen Cemetery in 1880.