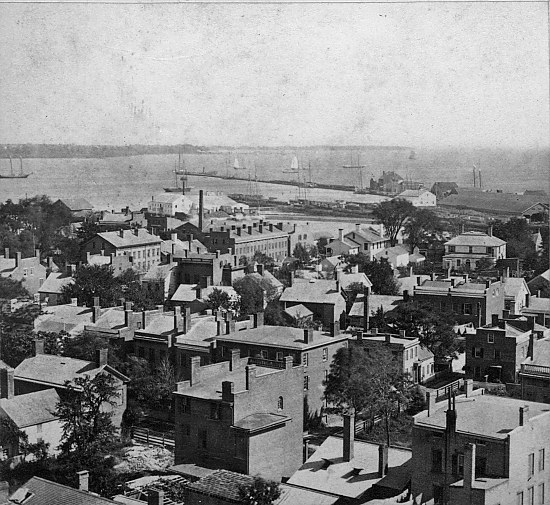 Our tour begins in a well known part of New Haven, Long Wharf. Yet, the engineer who built the Long Wharf extension remains unknown to many New Haveners. His name is William Lanson and he was an innovative engineer and successful land developer. Little is known about William Lanson’s early life, including whether he was born free or born into slavery.  What we know is that he moved from Derby, Connecticut to New Haven in 1803 with nothing more than the clothes on his back. He taught himself the skills of being an engineer and within 7 years, he was the owner of a large quarrying business.

In 1810, when no one else was able to do so, Lanson figured out a way to extend the city's wharf farther into New Haven Harbor, growing the city’s port and increasing its commercial business. Mr. Lanson quarried 25 tons of stone from the Blue Mountain in East Haven. He transported those stones to Long Wharf by scows (or transport boats) which were carefully designed by Lanson to be able to withstand all the weight. Lanson and his men worked relentlessly. In the end, he completed the difficult 1,350 foot extension of New Haven’s Long Wharf. At three quarters of a mile, this was the longest pier in the entire country in 1810.

Later in the tour, you will hear about the community Mr. Lanson built, which was located on what is now State Street.

Next
A Peoples' History of the Hill
HOME