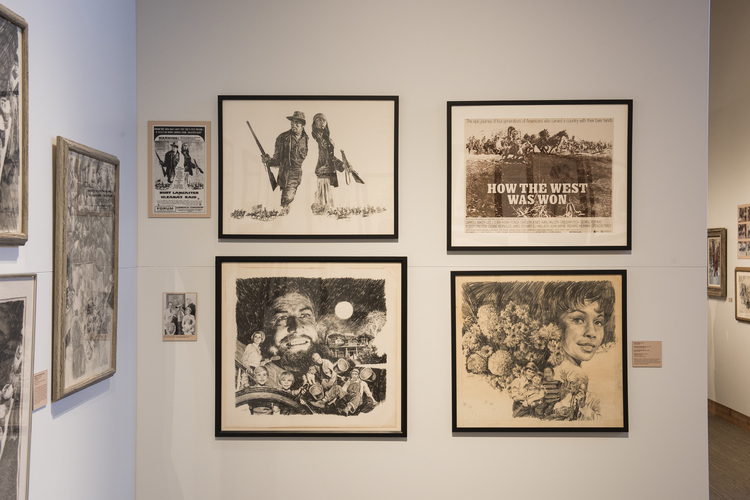 Paul’s career as an illustrator began after graduating from New York’s Pratt Institute. While working at a commercial art studio in New York City, the young artist continued to develop his style and technique. His early love of engraving and woodblock prints led to the development of his distinctive, highly detailed pencil drawing style, which focuses on a conscious decision to allow the pencil strokes to follow the directional flow of the form. With assignments from magazines such as Ladies’ Home Journal, Colliers, McCalls, TIME, Newsweek, Boys’ Life and The Saturday Evening Post, along with a steady stream of advertising work, Paul joined the select circle of New York’s most successful illustrators. As with other noted Western artists such as Frank McCarthy, Howard Terpning, Robert McCall and Tom Lovell, Calle’s name became familiar to New York advertising account executives and teams.

Early in his career Paul developed a unique approach to presenting his concepts to art directors. Instead of producing a rough preliminary sketch, he opted to always present a finished drawing on tracing paper done to the actual size and specifications. This approach left nothing to chance and an opportunity for the artist to work out in detail exactly where he wanted to go with the final artwork. Many of these “preliminary” illustration drawings can be seen in this exhibition alongside sketches of artworks from his fine art career documenting the American West.

Prev
Paul Calle’s Life of Exploration: From the Mountains to the Moon
HOME