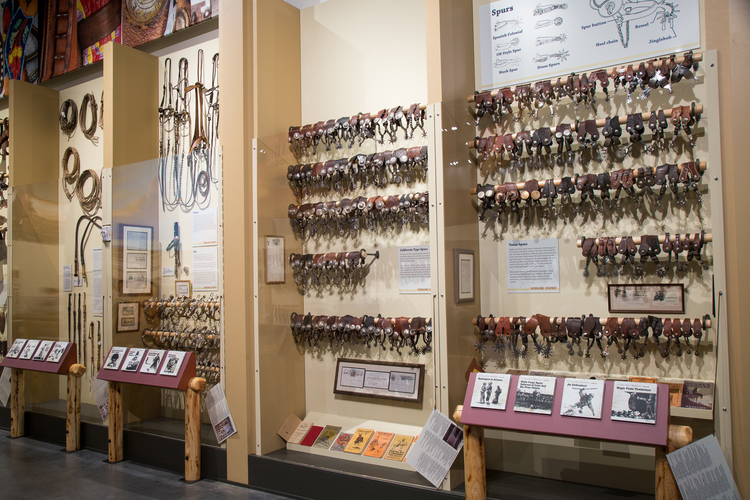 The spur was first used during the Roman Empire by mounted soldiers who needed an accessory that would help to control their horse while allowing both hands to be free during combat.

In the American West, spurs came north with the Mexican vaqueros and developed differently in Texas and in California. California makers frequently decorated their work with silver inlaid mountings in flower designs, playing card suits, chevrons, and conchos. Inlay might be brass, silver, or gold.

Highly practical, spurs were a vital part of the image of the Western American cowboy. The spur’s heel band fit over the back of the boot, while the spur strap fastened across the front of the instep. The heel chain not only kept the spur from riding up but when jinglebobs were attached, produced a pleasant jingle sound that was music to the ears of the cowboy, and also served to calm cattle and horses on the open range. Texas spurs were generally heavier and larger. Texas spur makers typically were not skilled in the art of inlaying silver, so they learned to solder on the mountings, a metalsmithing process referred to as overlay.