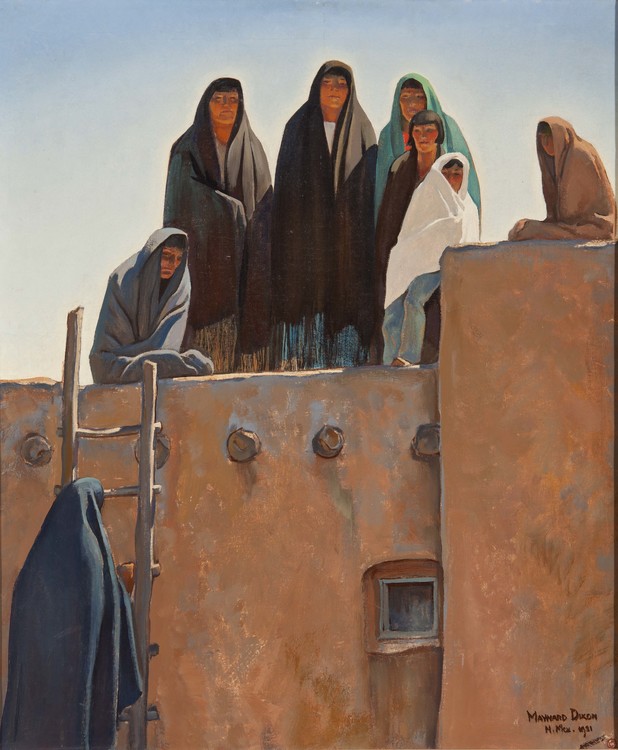 Maynard Dixon spent September 1931 through January 1932 in New Mexico with his second wife and documentary photographer Dorothea Lange and their children, in a home provided by New Mexican socialite and philanthropist, Mabel Dodge Luhan. During this time, Dixon produced some of his finest artworks, painting more than 40 canvases. Dixon had declined a previous invitation from the Taos Society of Artists to join their exclusive organization. The artist felt that their exhibition policies were too rigid for his highly individualistic style as a self taught artist and promoter of his own artwork.

Watchers from the Housetops, from 1931, is a masterpiece from Taos that was traded to his Tucson pulmonologist for ongoing services. It resides today in the collection of the Phoenix Art Museum.