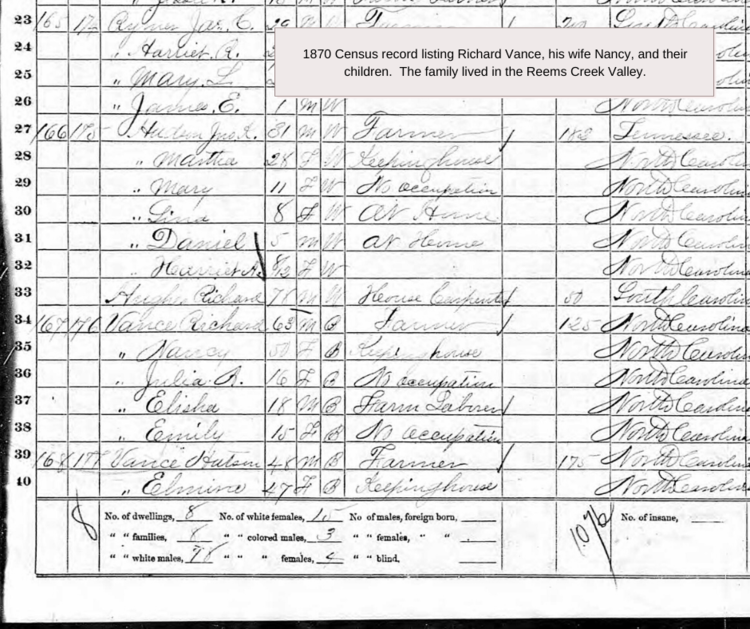 Sometimes referred to as “young Dick,” Richard (II) is believed to be the son of Richard(I) and Aggy and, therefore, the brother of Hudson and Ann.  David Vance Sr. willed the six-year-old Richard to David Jr. in 1813.  However, David Jr. sold Richard sometime before 1844, likely to someone living in the Reems Creek Valley.  Richard remained enslaved until 1865.  On September 1, 1866, Richard and his wife, Nancy Weaver, traveled to the Asheville Freedmen’s Bureau office and recorded their marriage—a union of 24 years.  In 1870, Richard and Nancy lived on a farm in Reems Creek Township with their three children:  Elisha, Julia, and Emily.  They lived next door to Hudson (Richard’s brother) and his family.