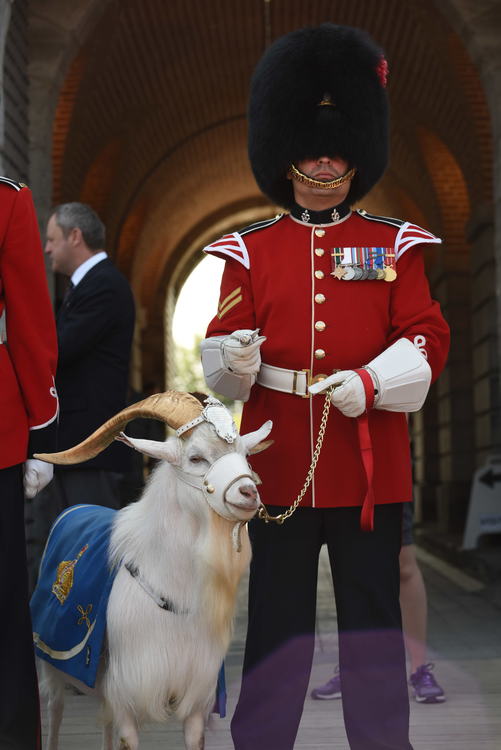 The Royal 22e Régiment’s mascot is a goat named Batisse. The first goat was given to the regiment by Her Majesty, Queen Elizabeth II in 1955. Batisse is a symbol of courage and family values. The current mascot of the Royal 22e Régiment is Batisse XII.

Batisse is descended from a line of goats presented by the Shah of Persia to Queen Victoria at her coronation in 1837. The first royal goat to be given to a regiment was in 1844 to the Royal Welch Fusiliers.