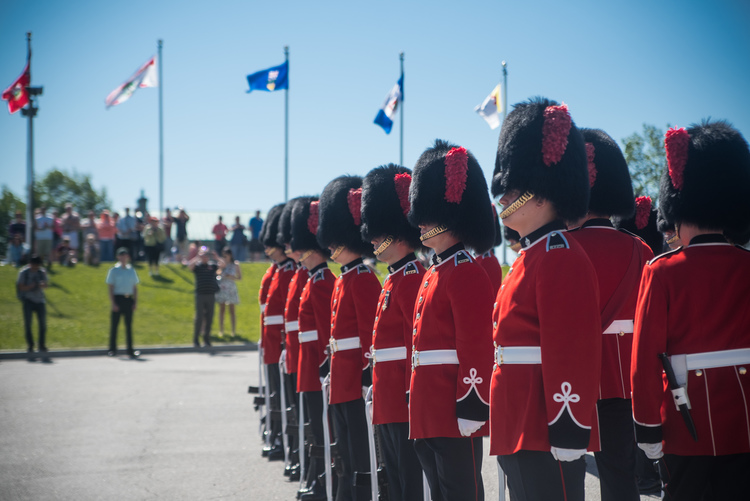 Since 1928, the Royal 22e Régiment has presented many military ceremonies at the Citadelle of Quebec, including the Changing of the Guard. This ceremony usually takes place every day in the summer from June 24 to the first Monday in September.

The Red Guard wears the full dress uniform of the Canadian infantry, a legacy of British military tradition. The bearskin hat comes from the full dress uniform of the Royal Welch Fusiliers, a British infantry regiment with which the Royal 22e Régiment has been affiliated since 1927. It was inspired by the headgear worn by Napoleon's Imperial Guard.