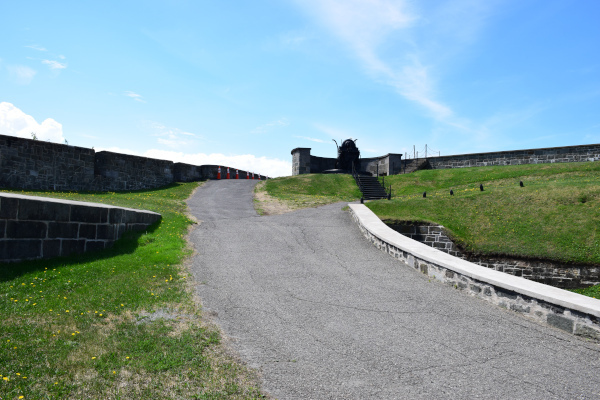 You are on the Prince of Wales Bastion. It is the highest natural point in Quebec City, more than 100 meters above the river (about 350 feet). From here, you have an amazing view of the St. Lawrence River! You can also see the Island of Orléans on your left, the city of Lévis in front of you and the famous Plains of Abraham on your right.

Previously called the Cape Bastion, it was built by the French at the beginning of the 18th century and reused by the British during the construction of the Citadelle. The bastion was renamed in honour of the Prince of Wales, son of Queen Victoria and future King Edward VII, during his stay in Québec City in 1860.