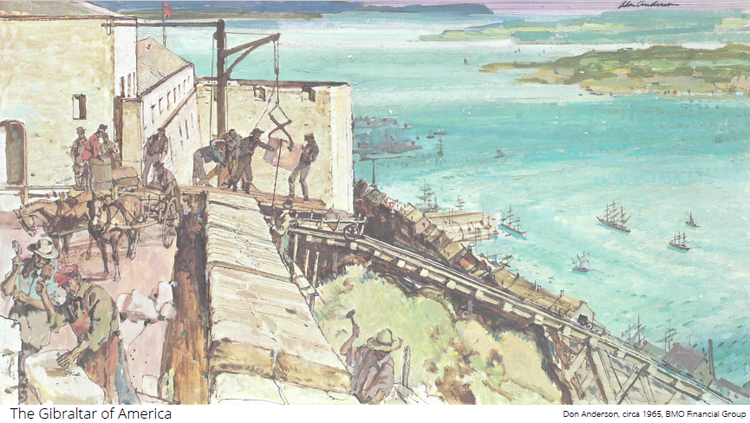 At the time of the Citadelle’s construction, the present-day province of Quebec was a British colony. The colony was threatened by the Americans. In fact, they tried to invade twice: first, in 1775 right before the American War of Independence, and second, in 1812 during the Anglo-American War of 1812.

In 1820, Great Britain, the colony’s metropolis, decided to build a citadelle in Quebec City to strengthen the territory’s protection. The Citadelle is located atop Cape Diamond and dominates the St. Lawrence River, the city and surrounding countryside. It was completed under the supervision of Lieutenant-Colonel Elias Walker Durnford, Canada’s chief military engineer. It is a star-shaped fortress covering 20% of Old Quebec. Its architectural design provides an all-round 360 degrees defence. The construction of the Citadelle ended in 1850, but it was operational by 1831.

Today, the Citadelle no longer defends the city as it once did. Rather, it is a place that serves military, protocol and heritage functions. The Citadelle of Quebec has been the headquarters of the Royal 22e Régiment since 1920.