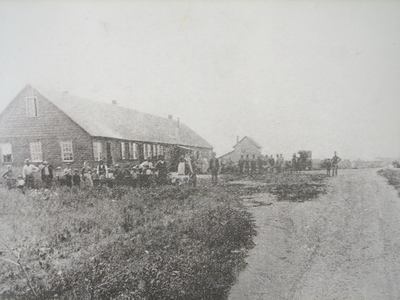 Introduction to the Alliance Colony

Following the assassination of Tsar Alexander II, numerous pogroms targeting Russian Jews prompted many families to move emigrate. Many began their lives in America in tenements on Manhattan's Lower East Side. As the numbers of Jewish people in America increased there was a strong desire to leave the confinement and crowded conditions in the cities. Some Jewish thinkers and community leaders proclaimed that recent Jewish immigrants ought "to become tillers of the soil and thus shake off the accusation that we were petty mercenaries living upon the toil of others." They settled in communities across the country, but many wished to continue living in predominately Jewish areas. These immigrants recognized that self-sufficiency would be paramount to their survival, which led them into agriculture. Alliance was founded by a core group of 43 settlers but many more followed and, by the end of the first summer, there were 60-70 families living in the colony.

The land that was settled consisted of 40 acres (160,000 m2) per family on farmland that needed to be cleared and farmed. The immigrant colony members had little knowledge of agriculture and had difficulty farming the sandy South Jersey soil but received training from their neighbors. The HIAS paid workers weekly during the period in which land was cleared. Initially, Alliance was also supported by local politicians who arranged for 1,000+ army tents for the community for shelter until permanent housing could be built.

The Alliance Colony was primarily a farming community but also included various craftsmen, such as cabinetmaking, blacksmithing and masonry. Eventually a clothing factory was established, which is still in existence.