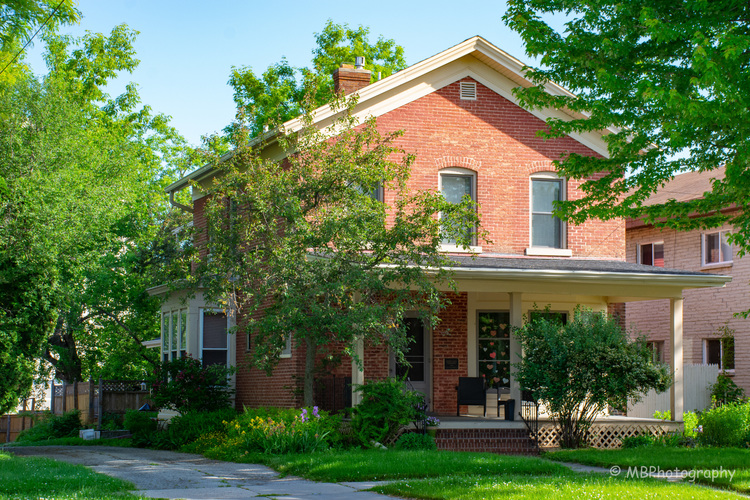 This simple Front Gable style home was originally built in 1884 by Thomas Pearson, who was a paper manufacturer.  He lived here until 1897 when he sold it to Mr. and Mrs. Bradford.  Their son was artist Francis Scott Bradford (1889-1961), an internationally known mural painter who, living most of his life in New York City, reached prominence in the 1930s.  His work can be seen around the world but also just two blocks away in the lobby of the Outagamie County Administration Building (formerly the Outagamie County Court House) at 410 South Walnut Street.