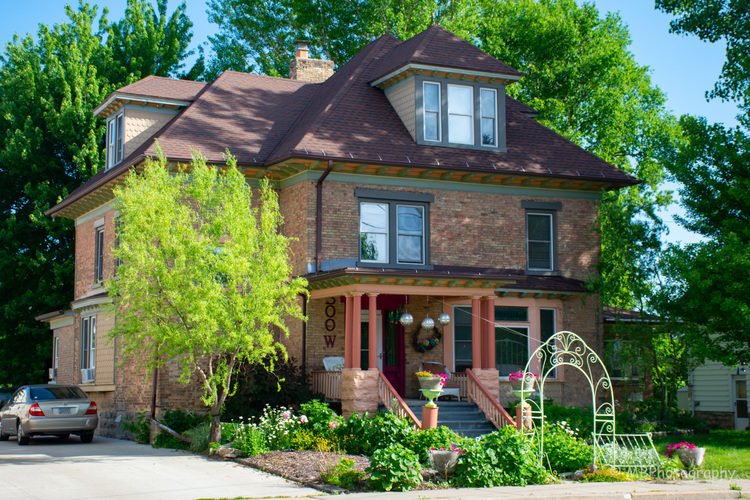 This cross-gabled, hip-roofed home may have been the first building constructed of brick in Appleton.  In 1856, Thomas Brown, who owned this home, was credited with erecting the first brick building in the city.  Brown had moved to Appleton two years before.  By 1863, he was the owner of a pump manufacturing operation.

In 1877, Ophelia became the first woman teacher (called a “preceptress” at the time) at Lawrence University.  Three years later, she married Thomas and became a university trustee.  By 1891, the Browns sold the home to John Whorton who lived across the street.  Whorton acquired the house for his daughter Eliza Powell and her husband.