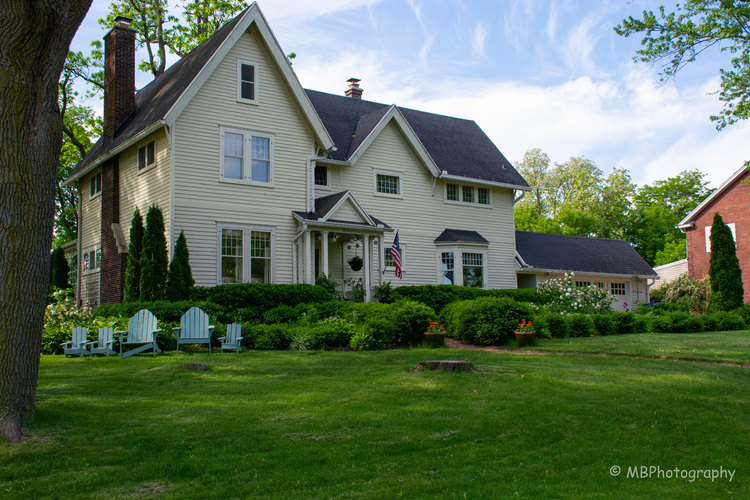 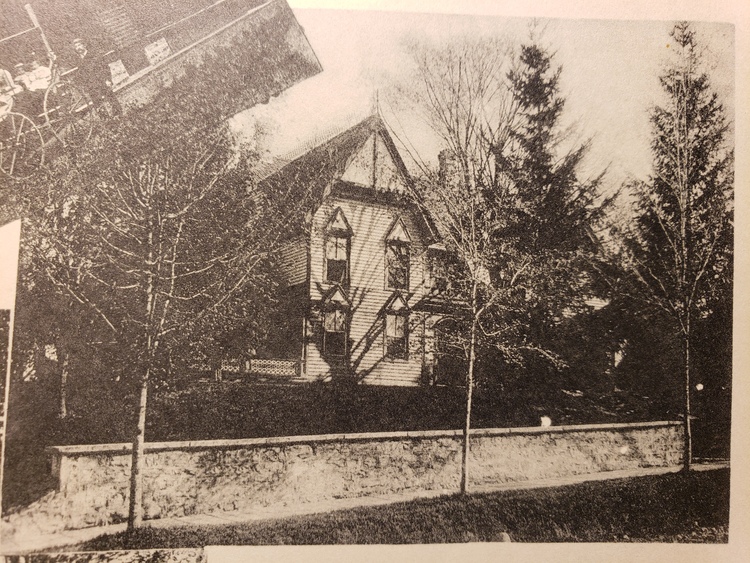 This Stick Style gable and wing home was built prior to 1870 by water-power visionary Edward West and his wife Amanda.  The house originally featured decorative Stick Style elements including decorative king's post gable ends, barge boards, and wooden pediments above each window.  The Stick Style elements that endure include the tall proportions; the steeply pitched roof; the cross gables; the pronounced vertical lines around the windows; and brackets under the dormer gable ends.

West came to Appleton in the 1850s after being one of the first European-descendent residents of Omro.  Recognizing the water power that the fast flowing Fox River offered as it dropped 170 feet from Lake Winnebago to Green Bay, West purchased 533 acres on the south side of the river in 1855.  The purchase also included Grand Chute Island (today’s “Flats”).  He immediately began improving water flow by building a dam across the south channel.  He then began selling improved water-powered lots on the island, which he cleared himself.  In 1870, Edward hired 130 men and, with the use of 29 teams of draft horses, he started his most ambitious project – digging the “West” Canal through the middle of the island.  The 1200 foot long project was completed in eight months, providing water power to additional industrial sites.  Soon, the Appleton Woolen Mills (which is still standing) and the Valley Iron Works were drawing water power from the Canal.

In 1882, the Vulcan Street hydroelectric plant was constructed at the east end of the canal.  It used the canal’s waterpower to generate electricity for lighting the homes of Henry Rogers’ partners in his electrical lighting venture, as well as for other residential and commercial users.  It was the world’s first specifically-built, commercial hydroelectric power plant using Edison technology.  A 1932 replica of the plant still stands near its original location just off of Lawe Street.