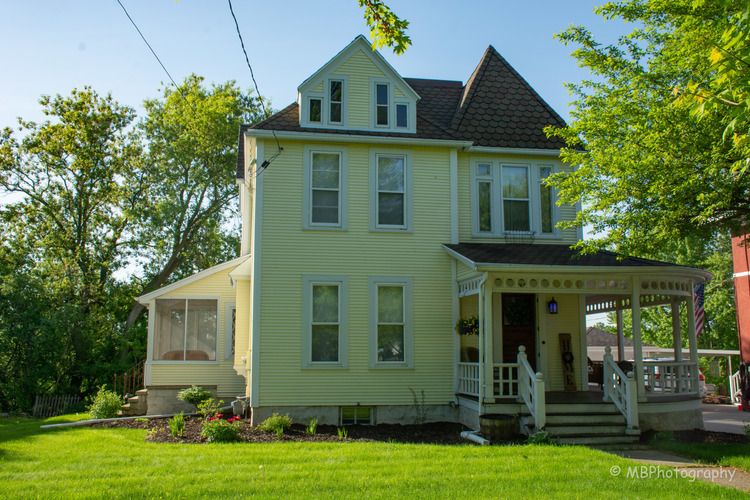 As described in the previous stop, the Conkeys were among Appleton's first European-descended settlers.  Cynthia, a New Yorker, descended from Pilgrim stock.  Her maternal grandfather fought in the American Revolution with the Green Mountain Boys.  When her husband Theodore volunteered for duty in the U S Cavalry in the Civil War, Cynthia spent two summers with him in the field as she was an excellent horsewoman.  She was also renowned as a voracious reader and an accomplished amateur artist working in pencil and watercolors.

After Theodore died in 1890, Cynthia had this Queen Anne style home built for her. Designed by local architect Phillip Dean, it was finished in 1891.  Cynthia left the home she shared with Theodore, just two doors away, and moved in.  The design features typical of Queen Anne Style include a tower-like front element, two story bay on the west façade, an oriele on the east façade, and a wraparound veranda with excellent detailing.