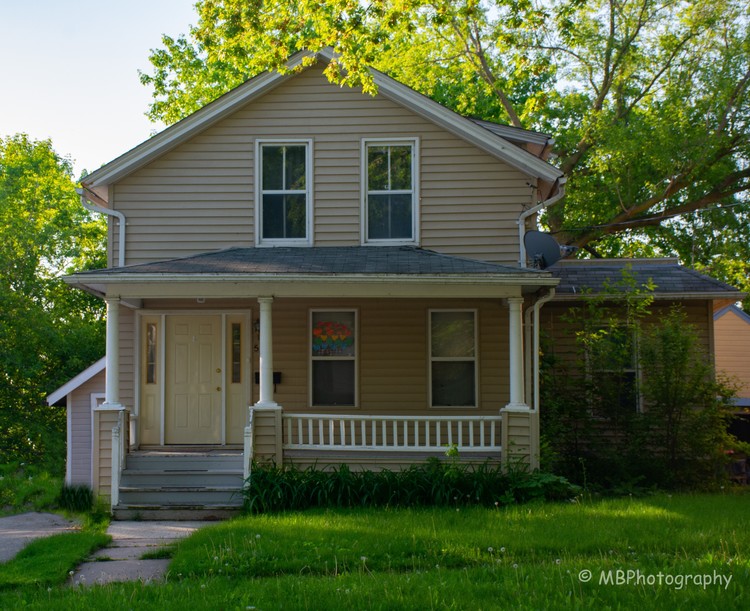 This Front Gabled style residence was built in 1895 by Nathan and Virginia Morgan.  Colonel Morgan and Captain Henry Turner built and operated the Waverly Hotel, the finest hotel in the West.  Using the power system developed by Henry Rogers, it was acclaimed as the first hotel to be "electrically lighted in every room" according to the advertisements of the day.  Morgan eventually sold his interest in the hotel and turned to cattle dealing, and then to politics.  He served as Appleton's city clerk and assessor.