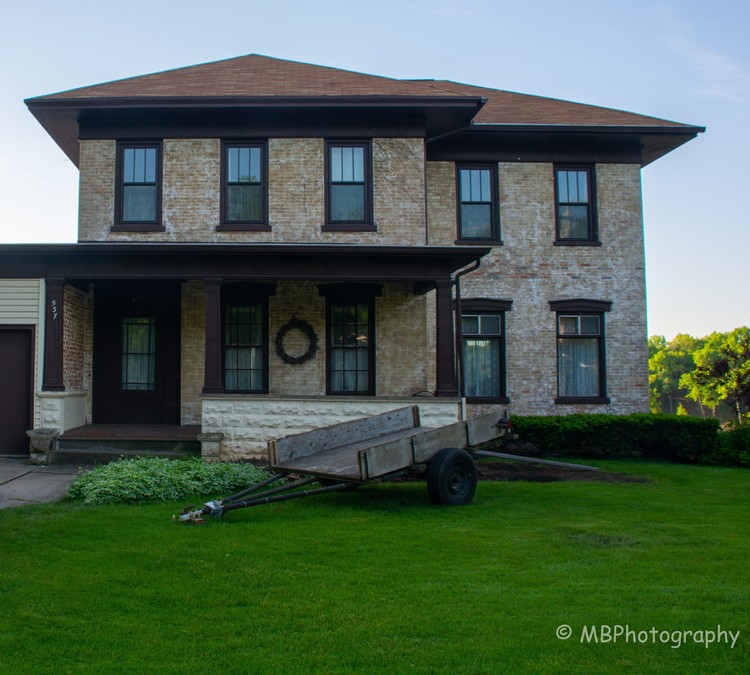 In 1857, Frederick and Charles Pfennig purchased the Genessee Flour Mill from Colonel Conkey (whose residence is depicted at another stop on this tour).  At that time, flour milling was the industry driving the Appleton economy.  Originally located just below the house on the river, the mill no longer stands.  The business grew to an enormous capacity of 700 barrels a week, driven by demand to feed Union troops during the Civil War.  After the war, Colonel Conkey partnered with the Pfennigs and Charles and Mina built this Italianate Style home in 1865.

Surviving elements include the low-pitched, hipped roof, the wide overhanging eaves (which could have been originally supported by decorative brackets), and the narrow three ranked windows.  Asymmetrical L-shaped Italianate homes were a relatively common form, accounting for approximately twenty percent of the type.

When Charles died, Conkey repurchased the mill.  In 1879, he sold it to Kimberly Clark and Company, as paper making was about to become the next boom industry in Appleton.