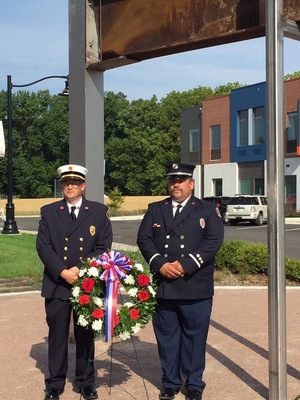 Four Brownsburg firefighters traveled to JFK Airport in 2010 to take possession of the beam after learning of the opportunity to secure an artifact for the purpose of memorials.

Two large storyboards will accompany the beam at the memorial, detailing the events of the day and the impact the attack has had on the lives of all Americans.