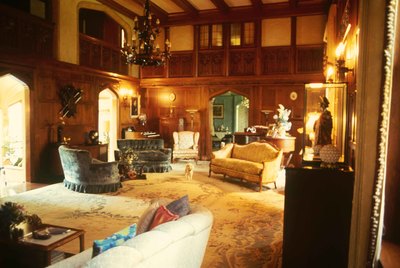 Hello, my name is Joe Imholte, and I am the Vice President of Programs and Operations here at The Bakken Museum.

This house was built by William Goodfellow in 1930. Goodfellow owned the home, which he named "West Winds," until his death in 1944. Goodfellow was single his entire life, and upon his death gave his estate to various charities. He left this mansion to the Girl Scouts. No one knows why he chose them as the beneficiary.

The Girl Scouts used the mansion for administrative offices but soon realized that the home required more maintenance than they could support. They sold West Winds to Royce Beamish in 1946.

When West Winds was being built, Royce Beamish was hired to complete the electrical work. Owning the home was a long-held dream of his. In 1953, after extensive remodeling, Beamish sold the house to Richard Cornelius.

The Cornelius family lived in the home until 1976 when it was purchased by Earl Bakken to house his extensive collection of books and objects related to electricity in medicine.