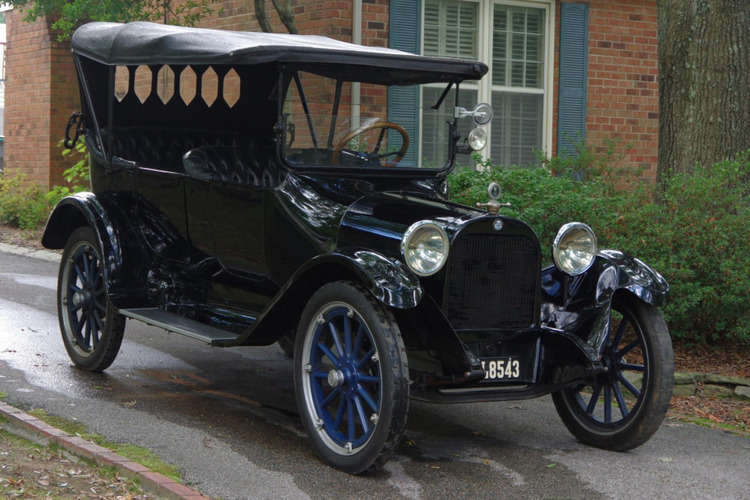 The Dodge Brothers, John and Horace, talented machinists and early stakeholders in the Ford Motor company, started the Dodge Brothers Motor Car Company in 1913. By 1914 they had produced their very first automobile, a Model 30 with a four-cylinder engine rated at 35 horsepower. The Model 30 had an innovative, all-steel body when most of the industry was still using steel panels and wooden frames. All steel construction wouldn't become the standard in automobiles for years; the Dodge brothers were literally decades ahead of their time. By 1917 Dodge wasw the fourth largest car producer in the United States, having produced nearly 150,000 automobiles in that year alone. Dodge played a roll in the Mexican Revolution when in May of 1916, General Patton led a charge against  general Pancho Villa using Dodges, and in doing so vanquished three Villista lieutenants. After, the Brigadier General John Pershing ordered 250 more Dodges for use in Mexico and France. The name Dodge endures today, with vehicle sales spanning the globe.