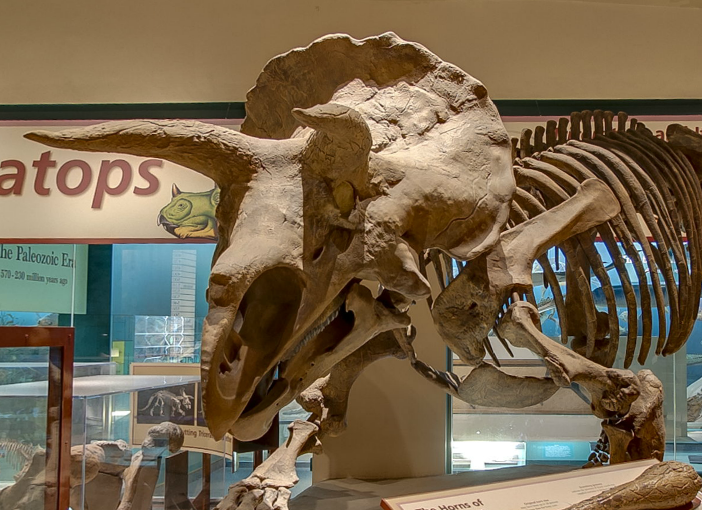 The triceratops is famous for it's distinctive skull and horns. You can tell that the Jurassic period was dangerous for any animal that couldn't defend itself. No doubt the horns provided ample defence for this magnificent creature.

As you walk around note the spectacular shapes of the duckbill dinosaur heads. They are no doubt strange but very interesting. These dinosaurs were fast and used that speed to escape predators rather than the Triceratops which was armed for a fight.

It's interesting to note that we sometimes have to change our mounting of the dinosaurs when new scientific evidence is discovered. It's difficult to accurately determine how an animal was postured and held itself without extensive study.

Next we'll move into the ice age, let me know when you're ready!