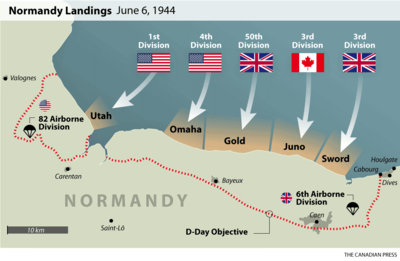 On D-Day, 6 June 1944, Allied forces launched a combined naval, air and land assault on Nazi-occupied France. Codenamed Operation 'Overlord', the Allied landings on the Normandy beaches marked the start of a long and costly campaign to liberate north-west Europe from German occupation.

This self drive tour will take you to the important sites along the Normandy coastline.