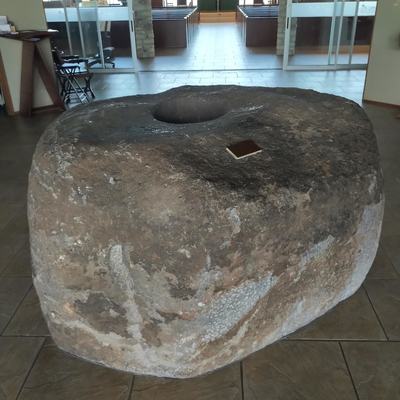 In June, 1978 Colonel Ed and Mrs. Mitzi Berry donated the stone, which had been discovered around 500 yards from the Sea of Galilee which overlooks the church where Jesus allegedly fed the five thousand with bread and fish. They were told that the rock was only 24 inches above the ground when discovered, and the rest of the rock was buried deep in the soil. The bottom part of the rock was cut off and left in Israel; the part that came here is a piece of basalt that weighs seven tons. It came by ship and train to Houston and then by truck to St. Luke's in November 1978. The stone is now used for baptismal purposes.