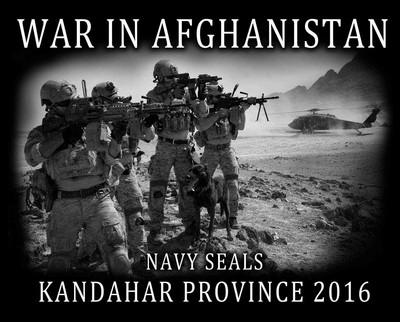 The 13th image is the War in Afghanistan, Navy Seals Kandahar Province, 2016.   The United States Navy, Sea, Air, and Land Teams, commonly known as Navy SEALs, are the U.S. Navy's primary special operations force, and a component of the Naval Special Warfare Command. Among the SEALs' main functions are conducting small-unit maritime military operations that originate from, and return to, a river, ocean, swamp, delta, or coastline. The SEALs are trained to operate in all environments (sea, air, and land) for which they are named.