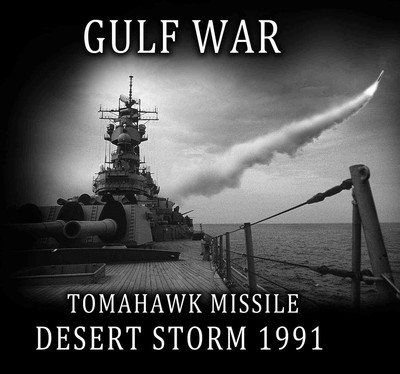 The 10th image is The Gulf War.  Tomahawk Missile Desert Storm, 1991.  The Tomahawk Land Attack Missile is a long-range, all-weather, subsonic cruise missile that is primarily used by the United States Navy and Royal Navy, in ship and submarine-based land-attack operations. Introduced by General Dynamics in the 1970s, it was initially designed as a medium to long range, low-altitude missile, that could be launched from a surface platform. Since then, it has been upgraded several times, with guidance systems for precision navigation.