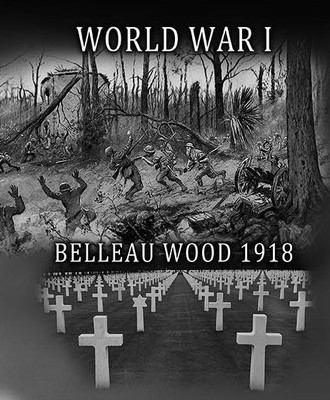 World War 1: The Battle of Beleau Wood, June 1st to 26th, 1918, occurred during the German Spring Offensive in World War 1, near the Marne River in France. The battle was fought between the U.S. Marines 2nd and 3rd Divisions along with French and British forces, against an assortment of German units. The battle has become a key component of the lore of the United States Marine Corps.

The field of white crosses is included as a reminder of all those that were lost and buried overseas during World War I and who remain there today.

The next image on the audio tour is World War II.