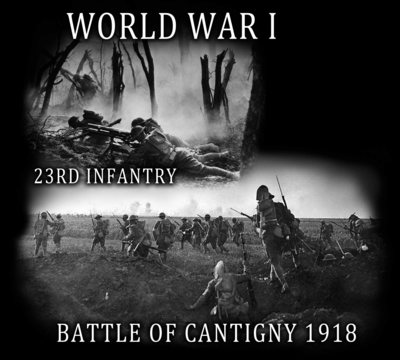 The second image depicts the 23rd  Infantry at the Battle of Cantigny which took place during World War 1. This battle, which was fought on May 28, 1918 was the first major American battle and offensive of World War I. Selected to effect the attack were The US 1st Division, the most experienced of the five American divisions then in France, and Reserves from the French Army who were stationed near the village.