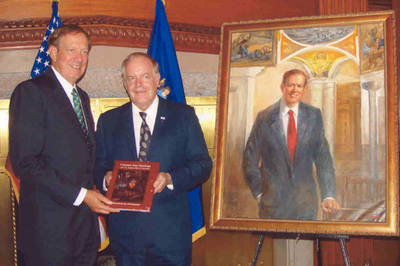 Jim Nelson was born in 1943.   When he was fourteen he visited New York City and saw the old master paintings.   At that time, he decided to be a painter.   He attended The Art Students League where he had a Ford Foundation Grant and was employed by Raymond Lower to paint murals.   He had a studio in New York on 5th Avenue when he was drafted into the Infantry in 1967.   He served with the 25th Division in 1967-1968 in Vietnam, eventually becoming a Draftsman-Combat Artist with the 18th Military Historical Detachment.   Since that time, he has painted many works: portraits, historical, murals, and biographical.   He is represented in many private collections and some museums in the US and Canada.   He is a defender of the American tradition of realism in painting.