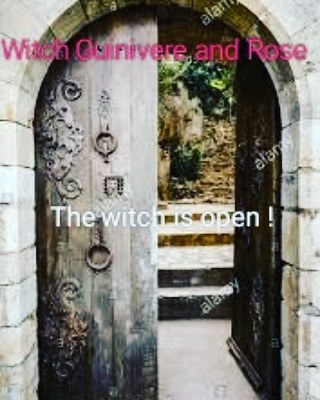 What's your calling ! Can you really do this ! part 1

The spirits of the ocean

Are and come in many forms.

Mermaids , sirens , selkies are but a few.

Of course ,there are many many spirititual entities and species we do not yet know of .

Or even can not name ,simply due to Simply not under them .

Many occultist find and invoke ,including myself .

That does not mean we can name them .

Because to name something , you have to know that being .

And well, trust me, you just may not want to get to know every single spirit or entity you engage in or invoke .

Personally I think I shall give a pass on the darkest.

After all that's really not the way you want to be going .

And for anyone who tells you otherwise .

They're either lying or bragging ,one or the other .

As a witch , I have encountered of course dark spirits .

And yes ,of course I have photo evidence in my personal occult gallery .

That's exactly why I have all my work copyrighted.

After all you don't know who's foolish hands they can fall in to .

Now I've never litteraly had any bad excperiance , such as in possession or any other crazy bizzare episy like that .

But you know , I'm respectful , I don't go around pissing spirits off .

I mean why would I .

I've even been known on an occasion or two to pass on some of my occult work to a fello witch and freind I trust in the past .

Yep , put it in there hands , because bits scared the shit out of me !

But that's because it's not my path .

The darkness is not my path .

But the light is .

Next
Working with the Merfolk spirts
HOME