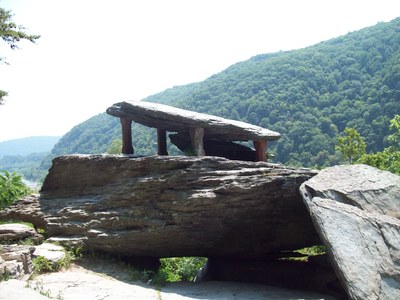 Jefferson Rock is a rock formation on the Appalachian Trail in Harpers Ferry National Historical Park. It consists of several large masses of shale rock, piled one upon the other, that overlook the Shenandoah River just prior to its confluence with the Potomac River. The name of this landmark derives from Thomas Jefferson, who stood there on October 25, 1783.