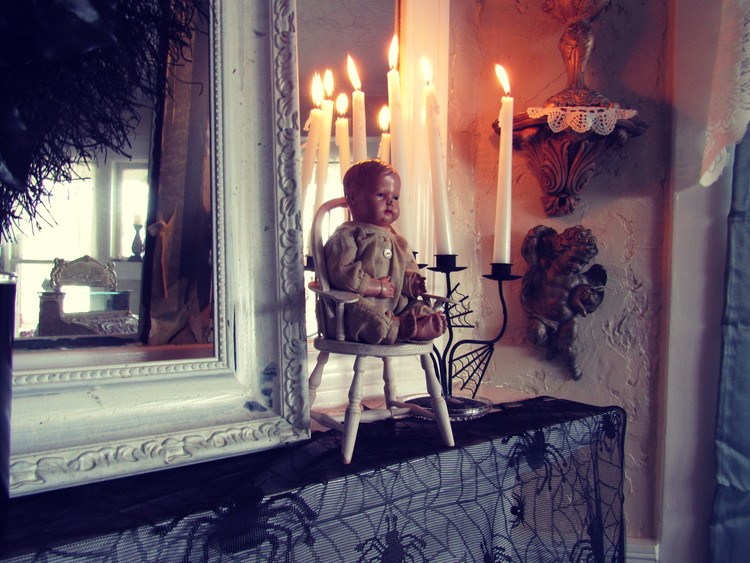 Our "Haunted Charlie" doll is arguably the most haunted object in the shop. You'll see him over by the checkout desk, on the fireplace mantel.

We found Charlie at a swap meet, on a card table filled with beaten-up old toys. He's adorable. He probably dates back 100 years, when boy dolls were relatively rare. He’s got a serious little face, and sometimes he looks like he’s frowning.

After Charlie's first night with us, we noticed that his arms move on their own. We regularly position them comfortably on his lap or on the arms of his little wooden chair, but when we come back, they’ve shifted. They’re not falling down due to gravity. He actually lifts his arms higher or wider than we leave them.

When we set up the Cabinet of Curiosities, Charlie was one of the first items to be featured prominently in the display. He continued to move gently, at first ... until one Saturday afternoon, we heard a clunk coming from the cabinet. It was a pretty loud noise, as if something had fallen off a shelf.

When we opened the door, Charlie was sitting backwards. A moment earlier, he had been facing forward, with his chair on the center of a doily. But now he was turned all the way around, facing the back.

Lesson learned. Charlie doesn't like being shut away behind closed doors.