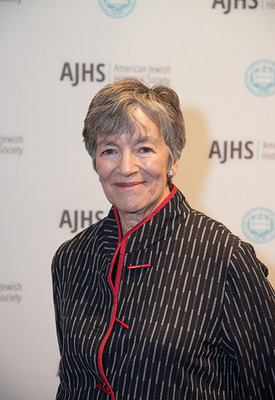 Rewind: Voices of the Past Advising the Future

Walk across the hallway to your next stop.  You should be at number 23 on your map.  Currently on display in the American Jewish Historical Society Gallery is “Rewind: Voices of the Past Advising the Future.”

In 1981, Nicki Newman Tanner and her team set out to collect the stories of the men and women who shaped the United Jewish Appeal, the Federation of Jewish Philanthropies, and the merger of these two organizations.

As the founding director of the U J A  Federation of Jewish Philanthropies Oral History Project, Newman Tanner quickly realized that the people she interviewed had great insight on major changes of the time... women assuming leadership roles, increased Eastern European Jewish and German Jewish collaboration, as well as the city’s general social problems.

This exhibition captures the philanthropic spirit and values of American Jews in the 20th century.  Use the QR Codes on the exhibit to listen to these enlightening interviews.