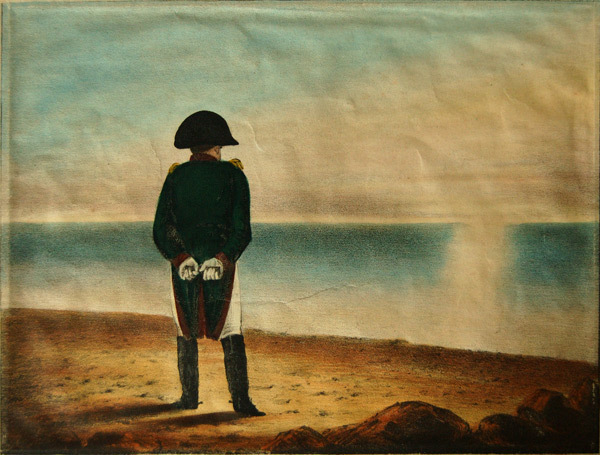 Now you'll see some Protean Views which was the souvenir that you could buy and take away with you from the Diorama. And if you press the button on the side of the case, you'll realise that you can see very loosely in front and behind so that the Protean View of Napoleon- suddenly when you get the lights from behind, you see his entire army lined up in front of him, whereas on St. Helena, he was sadly alone. And the Amelia is fascinating. It is very similar to the Protean View but it is made of material rather than paper. And we understand it was a hobby for ladies in the pre-Victorian era. And we discovered that they are actually called Amelias- a forgotten handicraft today- because the name is actually pencilled on the back of one of the Amelias that we managed to collect.